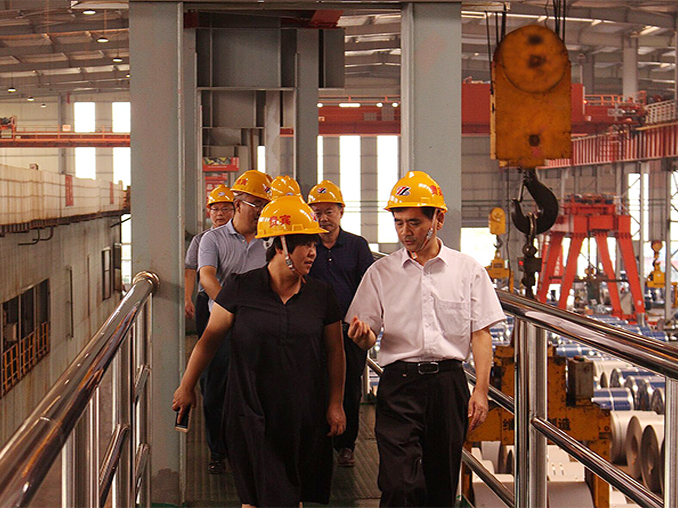 Subsequently, Director Du and his entourage arrived at the 1450 workshop of the second phase for on-site inspections, and learned in detail about the production process, equipment performance, product specifications and sales market of the 1450 five continuous rolling and continuous annealing and pickling production line. , The high-end automation control technology is fully affirmed and appreciated again. It is hoped that Shandong Hongwang will seize the opportunity of the conversion of new and old kinetic energy in Shandong Province, actively enterprising, become more refined and stronger, and make greater contributions to the development of Linyi’s stainless steel industry.